Spring and autumn are lovely seasons - midday temperatures are around 30ºC. In July and August the temperature regularly reaches 40ºc and often more inland. Even in December and January coastal temperatures can reach 20 to 25º, perfect for sunbathing, even though the locals wouldn’t agree! However there are some very surprising regional variations. The Mediterranean climate takes its name from and is influenced by the proximity of the sea. The outstanding featues of the climate are hot, dry summers, mild winters with variable rainfall, almost constant sunshine and an absence of frost. The short spring and lengthy autumn are transitional seasons which tend to merge imperceptibly into one another with no winter season. The Mediterranean climate is also called a 'winter rainfall' climate and other areas around the world with a similar sunshine and rainfall pattern are also said to have a Mediterranean climate. These are found in the south-western cape of South Africa, the central and southern coast of California, central Chile and south-western Australia. All Mediterranean climatic areas lie between 30-45 degrees latitude whether to the north or south of the equator. 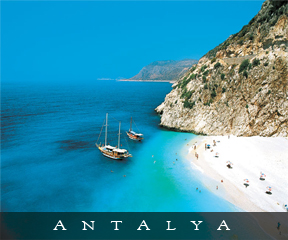